While it is true that gorillas are not the giant, ferocious monsters that they were once believed to be, it is also true that they are powerful animals that can be dangerous if they feel threatened. The silverback males in particular are incredibly strong, and their long canines can cause serious injuries. When two groups of gorillas meet, the leaders often get into physical altercations, and silverbacks have been known to kill infants after taking over a group. While gorillas are generally calm animals, they can be aggressive in certain situations. It is important to remember that they are wild animals, and should be treated with caution and respect.

When it comes to gorillas, there are a few things you should know. For one, males can be aggressive when they feel their group is threatened – even if it’s just a perceived threat. That’s why it’s so important that these animals are slowly habituated to people before allowing visitors. If not, the group leader could become startled and attack. This has been a particularly big problem for hunters in the past, who have run into gorillas and gotten seriously injured as a result. So, all in all, it’s best to err on the side of caution when dealing with gorillas and take things slow. 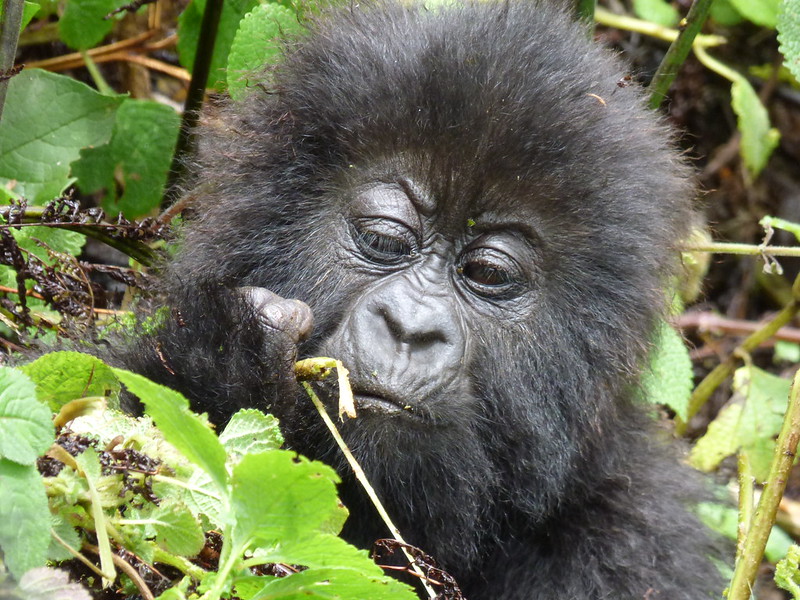 When Do Gorillas Become Aggressive?

We all know that gorillas are gentle giants. They might look like they could rip you apart, but in reality, they are gentle creatures that only want to be left alone. That being said, it’s important to remember that they are wild animals, and like all wild animals, they can get aggressive if they feel threatened. If a silverback from another group tries to steal one of the females, or if a human gets too close to their territory, the gorillas will first try to warn them off with loud grunts and by tearing down vegetation. If that doesn’t work, the silverback will stand upright on its rare legs and pound its chest as a show of power. These actions show that the gorilla is ready to defend itself and its family against the particular threat. So remember, when you’re out in the wild, give the gorillas some space and respect their territory. 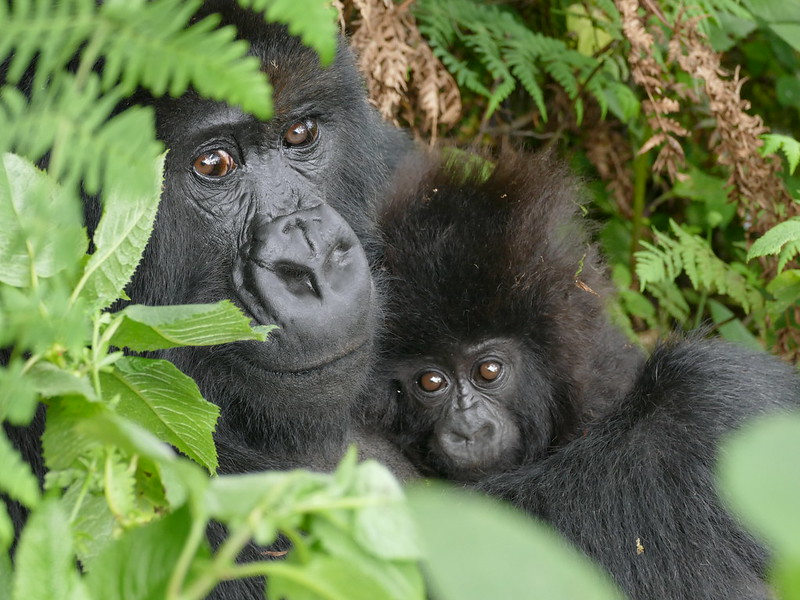 Gorillas are perhaps one of the most misunderstood animals. Though they are often portrayed as dangerous and aggressive, the truth is that gorillas are gentle giants. They are shy and retiring by nature, and usually only become aggressive when they feel threatened. In fact, wild gorillas are not nearly so dangerous as they are often made out to be. The vast majority of incidents involving gorillas and humans have occurred in zoos or other captive settings, where the animals have been deprived of their natural habitats and social structures. When gorillas are allowed to live in their natural environment, they pose very little threat to humans. In fact, many gorillas have been successfully habituated to human presence, and can safely be observed in the wild. Gorilla habituation is a long and complex process, but it can result in gorillas that are friendly and used to human beings. Many countries with large gorilla populations, such as Uganda, Rwanda, and the Democratic Republic of Congo, offer habituated gorilla tracking experiences for visitors. These unique opportunities allow people to see gorillas in their natural habitat and learn more about these amazing animals.

How To Avoid Gorilla Attacks

Although gorillas are gentle giants, they are still wild animals and can be dangerous if they feel threatened. If you’re lucky enough to encounter gorillas in the wild, there are some important things to keep in mind in order to avoid an attack. First, pay attention to the gorilla’s body language. If they begin to beats their chest or make other aggressive gestures, it’s time to back off. You should also avoid making direct eye contact or showing your teeth, as these can be perceived as threats. It’s also important to avoid taking flash photos or using flashlights around gorillas, as this can make them feel insecure and lead to an attack. If you follow these simple guidelines, you’ll be sure to have a safe and memorable encounter with these amazing creatures.

Gorilla trekking is an amazing experience that allows you to get up close and personal with some of the world’s most fascinating animals. However, it’s important to remember that gorillas are wild animals, and it’s crucial to respect their space. Tourists should always maintain a distance of at least 7 meters from gorillas, and they should never attempt to touch them. Gorilla trekking can be done at Bwindi and Mgahinga national park in Uganda, Volcanoes national park in Rwanda and Virunga national park in Congo. By following these simple guidelines, you can ensure that your encounter with these incredible creatures is safe and enjoyable for both you and the gorillas.

Why Gorillas Get Angry, Aggressive & Dangerous

After completing the habituation process, gorillas may return to their natural state if people cease visiting them often.
During the COVID-19 lockdowns, the tourist industry was particularly concerned. When visitors stopped visiting for long periods of time, there was concern that the habituated populations might return back into their natural nature. Rapid action was taken by the national parks, which have dispatched ranger teams to keep watch on all of the habituated gorilla groups.

Putting On The Wrong Colors Of Safari Clothing

When traveling to see gorillas in their natural habitat, it is important to be aware of what colors to wear. Bright colors will make you stand out and be the first target if the gorillas decide to charge. Even if they are in their usual happy mood, they may want to probe you out of all trackers. Tourists are generally encouraged to put on dull colors, such as green or brown, which blend with the forest environment in which the primates live. By doing so, you will not only avoid attracting unwanted attention from the gorillas, but you will also be less likely to startle them and cause them to become aggressive.

It’s easy to want to establish a connection with gorillas, given their close relation to humans. However, it’s important to remember that they are still wild animals and should be treated as such. One of the main ways to show respect for gorillas is to avoid making direct eye contact. In the wild, gorillas use eye contact to assert dominance and Challenge other members of their group. If a human were to make direct eye contact with a gorilla, it could be interpreted as a sign of aggression. While gorillas are generally shy creatures, they are still wild animals and should be respected as such. If you find yourself in close proximity to gorillas, it’s best to avoid making eye contact and give them the space they need.

Give Gorillas The Space That They Need

It is important to give gorillas the space they need to move around freely in their natural habitat. If they feel like they are being surrounded, they could become agitated and even attack. That’s why national parks limit the number of tourists who can visit a particular gorilla group in a day. Everyone must also maintain a safe distance of 7 meters. By respecting the gorillas’ space, we can help ensure their safety and our own.

Gorillas are some of the most gentle and loving creatures in the animal kingdom. They are also very intelligent, and have complex social lives. For these reasons, it can be easy to forget that gorillas are still wild animals. If you find yourself getting too close to a gorilla, or wanting to touch one, remember that they are still wild creatures. The silverback gorilla is the leader of the group, and he is always watching. If he sees you getting too close to one of his gorillas, he may become protective and aggressive. So, never touch a gorilla, no matter how tempting it may be. They may look harmless, but they are still wild animals.

A Gorilla Charge : What To Do & Not To

One of the most important things to remember if you find yourself in the presence of a gorilla is to remain calm. It might be hard to do when a large, potentially dangerous animal is nearby, but it’s crucial in this situation. gorillas enjoy feeling superior, and if you act panicked or scared, it will only encourage the gorilla to attack. Instead, lower yourself down and make yourself as small as possible. Look towards the trees and stay alert, but don’t stare directly at the gorilla. And whatever you do, don’t run – gorillas are much faster than humans, and trying to flee will only trigger its chase instinct. If you can manage to stay calm and submissive, the gorilla will eventually lose interest and move on. Remember that gorillas never continue an attack once the person they’re attacking stops being a threat or a challenge. So as long as you don’t fight back or try to run away, you should be safe.

Pay Attention To What Your Safari Guide Tells You

Your safety is always the Rangers’ number one priority while you are on safari. In the rare event that a gorilla should become aggressive, the Rangers will first attempt to draw its attention away from you and towards themselves. Only as a last resort will they consider shooting into the air to scare off the primate. In all of our years operating safaris, we have never heard of a Ranger/Guide having to resort to this measure. You can rest assured that you are in good hands when you are on safari with us.