Uganda is known as a whole round travel destination to any tourist planning to travel. This is due to its climate and location to the equator. The other factor making Uganda a travel destination throughout the year is Lake Victoria and its unique weather patterns to the climate. Uganda mainly has two rainy seasons; the short season starts from October to November and the long rainy season starts from Mid-march to the end of May.

Therefore, the best time of the year when you should go for gorilla trekking in Uganda is June, July, August and September. If that is not possible, January and February should be relatively okay.

The average temperatures of Uganda are at 21.5 C and 71 F, these also drop at night time to around 54 F which affects the altitude. Rainfall in Uganda ranges between 1000-2000mm every year. However, throughout the year the skies in Uganda are clear which supports most safari vacations. These climate changes have brought about changes in weather patterns hence making it harder to predict the seasons of the tourism year. 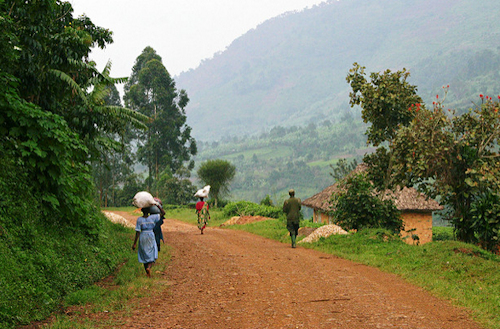 With the best months to visit Uganda, many tourists choose to travel from May to September to February since in these months, the amount of rain has reduced and it’s sunny in most of the destinations. December is one of the busiest months of the year in most national park and it’s advisable to book the accommodation in time to avoid disappointments. During the Christmas season, most Uganda plan to take vacations to national parks so it’s always a peak season in the month of December.

Visiting in low season is okay to many tourists since accommodation is cheap to encourage many tourists to travel even though it’s a rainy season. Visiting in this season also means that you will enjoy the jungle with relatively low crowds. It’s also said that February and September are good months for a safari vacation in Uganda since there are less tourists visiting and the lodges are not fully booked as such in the high season.

The rainy season in Uganda affects people’s travels but that doesn’t mean that they don’t completely travel since this season is combined of both rains and sun shine. This means that the sun comes out as soon as it has just rained and most safari activities are able to be carried out without any disturbance. Mountain gorilla trekking as well as chimpanzee trekking goes on even during the rainy season and the national parks are fully in operation.

More so, Uganda has got a raised topography and this means that its climate is cool, however, if you are planning to come for a gorilla trek, it’s really important to notice the easiest trekking conditions despite the low rates in the low season, this means that the best time to come for gorilla trekking is during the two dry seasons of January and February and from June to September.

Game viewing in all the national parks of Uganda is perfect in the dry season; from February and March, September and beginning of October.  This is mainly because the wildlife species are concentrated around water bodies within those parks. Bird watching as an activity is best carried out between November and April when the migrant birds are present in the country but can also be carried out all year round. Tourists are however advisable to avoid taking vacations during the heavy rain months of April and May to be able to enjoy their vacations in Uganda.

What is the best time to track gorillas in Uganda or Rwanda?

Although tracking mountain gorillas can be conducted all year round in these two countries due to the somewhat damp seasons experienced by the national parks in which these gorillas stay, the majority of tourists prefer visiting from June to September as well as from December up to February.

This similarly applies in Uganda although there the rains begin in March up to May. Certainly the rains although not very heavy make it challenging to trek the sheer landscape. During that time the rain falls for just one to two hours in about 3 days of the week and fro the rest the sun is out. However even in the dry months of Uganda, there are some little showers experienced in Bwindi.

The seasonality of the trackers can as well be accredited to the overall weather back in the home countries. During summers for instance in Europe, the number of gorilla safari trekkers is high and then in winter it greatly lowers. Also there are some trekkers who take advantage of the seasonal discounts offered on the gorilla tracking permits. For example not long ago the Uganda wildlife Authority lowered the cost of permits by thirty percent for all non Ugandans for the months of April and May in 2014 so they will go for $350. The other months the gorilla tour permit will go for $600 with effect from 1st January.  A number of accommodation facilities in the areas where the gorillas are found as well will offer discounts in these months.
Within Rwanda, the initial rains are experienced at the end of February, March, April as well as May, and for that reason most of the tourists don’t visit during that time since it is muddy and pretty wet while tracking the mountain gorillas. but during these very months, since it is raining, there is a lot of food for the gorillas on the lower slopes and also the temperatures are lower on the lower slopes. Because of that, the gorillas stay on the lower slopes since food is easily accessible and it is warmer. Therefore if you choose to track in these months, you  won’t have a very long trek and actually most trackers find the gorillas just after two hours of trekking meaning by 2:00pm they are back at their lodge.

No matter what your explanation is, experience reveals that gorilla trekking can be enjoyed all year round and you will surely enjoy a great experience.