Welcome to Bwindi Forest National Park in Uganda. This independent information portal guides you on how to get there, gorilla trekking guide,  attractions, where to stay, securing a gorilla safari permit, prominent Uganda gorilla safari companies, travel tips, what to wear, when to go? and recent news about the Mountain gorillas in Uganda. 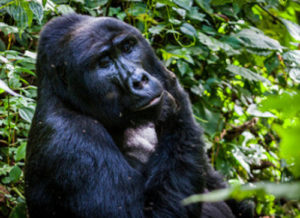 Find a list of credible safari companies in Uganda which can help you plan for your gorilla safari. Gorilla Trekking Companies Listed Below   Most

Information on where to stay in Bwindi before and after gorilla trekking in Uganda. The list below is for budget, mid range and luxury options. 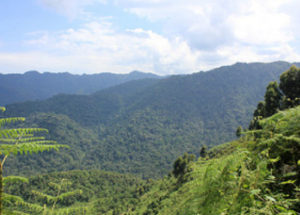 By Road Bwindi forest can be accessed from Queen Elizabeth National Park to the northern just 2 to 3 hours drive, from Kampala through Mbarara

Uganda Tours, 16 Things To Do in Uganda

Uganda Tours and Activities. Currently with population of slightly over 40 millions, Uganda is a landlocked country with the most welcoming and friendly people in 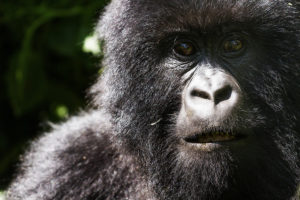 Gorilla trekking is one of the most fascinating wildlife experiences. This much sought out activity by primate lovers is only possible in four national parks

What to Wear For Gorilla Trekking in Uganda, Rwanda, Packing List

What to wear for Gorilla Trekking in Uganda and Rwanda, Packing List Gorilla trekking today, either in Uganda or Rwanda is perhaps East Africa’s most

There is no known actual definition of the Gorilla Habituation Experience. However, it can simply be known as the act of training wild gorillas to 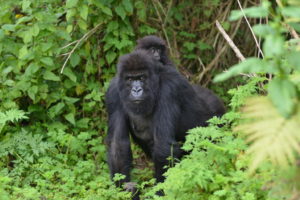 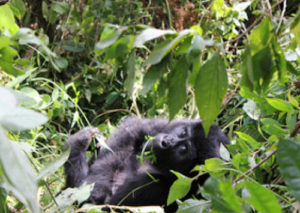 Uganda, Rwanda and Congo is home to the world’s largest population of mountain gorillas, making these countries popular destinations for ecotourists hoping to catch a 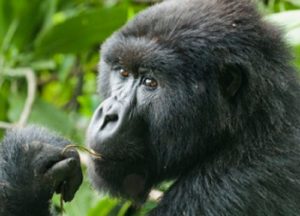 Where To See Gorillas in Africa, Best Gorilla Watching Holidays 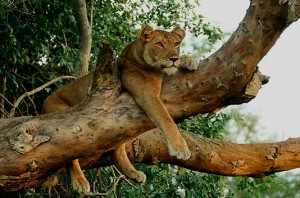 What are the most popular Uganda safaris? Which parts of Uganda must you visit and what tourist activities must you not miss? The reason as 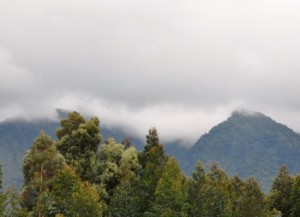 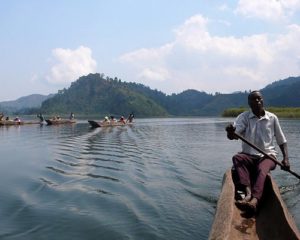 What Else to do after a Gorilla Safari, Chimpanzee Trekking, Lake Bunyonyi, 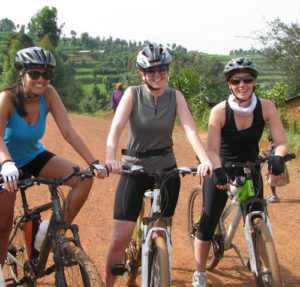 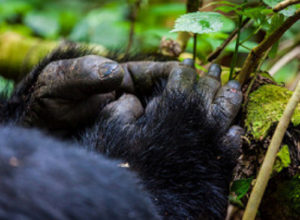 This three-hour Village Walk unveils to you to the local people living close to Bwindi Impenetrable Forest plus their culture. Village Walk – gain knowledge 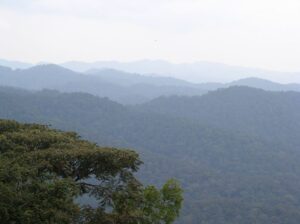 Gorilla Safari Package – 3 days Bwindi Day One:  depart from Kampala early in the morning for Bwindi Impenetrable Forest to enjoy gorilla trekking in 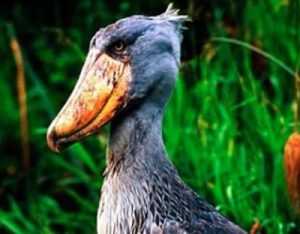 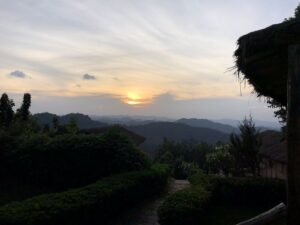 Gorilla Watching in Rwanda and Uganda

Practical Advice to ensure your Gorilla trekking in Rwanda is enjoyable. Prior to setting off for your Gorilla Tracking Safari: Be in reasonable shape and 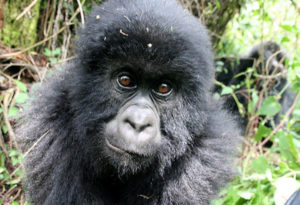 Information about trekking the gorillas of Rwanda and acquiring Rwanda gorilla Permits. The Mountain Gorillas within Rwanda are among the major attractions that visitors see

Bwindi Impenetrable National Park is located in the southwestern part of Uganda on the rim of the Rift Valley. The hillsides which are mist-covered are sheltered by one of the ancient and very biologically varied rainforests in Uganda that dates back to more than 25,000 years, comprising of about 400 varied plant species. More notably, this “impenetrable forest” in addition protects an predictable 320 population of mountain gorillas – approximately half of the population in the world, among which are a number of habituated groups, that can be tracked by visitors.Bwindi is habitat to more than half the world’s population of Mountain Gorillas. actually there are over 300 mountain gorillas living here. Gorilla devotees for Uganda tours from different corners of the world to enjoy this Ultimate Safari in Uganda – Mountain Gorilla tours / tracking in Bwindi Impenetrable Forest.The word “Bwindi” means “darkness” and taking a hike this magnificent forest will certainly unveil to you the reason why the forest was named so. You will as well be in position to fast tell why actually the forest is also regarded as Impenetrable. One requires to be realistically physically fit to take part in this mountain gorilla tracking / trekking adventure because it may involve climbing the steep terrain.

In addition to the endangered impressive mountain gorillas there are also 346 bird species and more than 200 butterfly species, about 324 species of trees, ten of which are only found in this areas in the whole of Uganda. This is really a destination to explore. Because there are few habituated Gorillas living here (gorillas that have been trained to withstand human presence and not likely to attack), actually the time offered to see them is limited and so are the permits which currently are offered at a cost of $500 per individual. No person ever complains after spending some time with these very fascinating Mountain Gorillas in Uganda within Bwindi Impenetrable Forest, which is among the most stunning rainforest anyone will ever come across.

This biologically varied region as well offers shelter to a additional 120 mammals, among which are various primate species like the baboons plus chimpanzees, in addition to elephants as well as antelopes. Furthermore, there are about 350 bird species supported within this forest, among which are twenty three Albertine Rift endemics. The adjacent towns of Nkuringo as well as Buhoma offer an remarkable collection of luxury lodges, budget campsites, restaurants, rustic bandas and craft stalls in addition to guiding services.  A 3 day gorilla safari tour will cover plentiful Opportunities to discover the neighboring Bakiga plus Batwa Pygmy people’s cultures which they well showcase in performances plus workshops as well as on guided village walks.

While in Uganda, besides visiting the mountain gorillas, you can take a safari to Kidepo, Murchison Falls, Queen Elizabeth, Lake Mburo National Park and other interesting tourist areas that are worth checking out. Check Uganda safari destinations here, Bwindi Impenetrable Forest Reserve was gazetted in the year of 1942 and later in 1992 it was upgraded to the Bwindi Impenetrable National Park and in 1994 it was recognized as a World Heritage Site in Uganda. In local language (Lukiga), Bwindi actually means ‘Impenetrable.’ This repeated warning is apt, for Bwindi is all however impenetrable; 327 km2 of tangled plant life draped over a deep fissured landscape of steep, slippery valleys & high, draughty ridges. However if the terrain is far from easy to manage, it’s well worthy the effort. A trek through this, is among Africa’s most ancient rainforests, in search of the vulnerable mountain gorilla, ranks among one of the world’s premier wildlife encounters. Most tourists on African trip combine Tanzania safari adventures with gorilla trekking in Uganda and Rwanda in addition to a safari in Kenya or Mount Kilimanjaro Trekking in Tanzania.

Where Else Can you see the Mountain Gorillas? After your gorilla tours in Uganda, a visit to Volcanoes National Park for  Rwanda safari tours is a great opportunity to see the other half of the remaining mountain gorillas in the world. Visit the Volcanoes National Park Rwanda for packages to Rwanda. Besides the mountain gorillas, check this post on where to see gorillas in Africa.   You can combine your Rwanda or Congo gorilla tour with climbing mount Nyiragongo. Bwindi could be very cold especially in the morning & night. The annual mean temperatures range is 7°C to 20°C with the coldest months being June & July.Hence warm clothing are required, plus wet weather gear because Bwindi receives up to 2390mm of rain every year. This is centered on during 2 wet seasons, short rains in March- May & heavy rainfall in the months of September-November.In Bwindi, rain often falls as long hours of soft drizzle,instead of short tropical deluge. A tour agent will help you prepare depending on the season. Most tourists who take on African safari holidays usually combine more countries in various destinations. If you would like to  visit other neighboring countries to Uganda or Rwanda,  consider  Tanzania safari holidays for the great wildebeest migration safaris in Africa, Ngorongoro  crater ,Serengeti and so much more. Kenya safari vacation spots include Masai Mara, Amboseli and others. In The Southern part of Africa, you can visit Botswana, Malawi, Zambia, Zimbabwe,South Africa and Madagascar and Ethiopia.

African Safari Cost, Prices For Both Luxury and Budget Tour Options The Average cost of an African safari is $ 200 per person per day.

How Long Does Gorilla Trekking Take? Is if Difficult? How Fit Are You?

The most important questions tourists ask before booking a gorilla trek in Uganda and Rwanda about the physical demands include the following. How Difficult Is

A gorilla trekking and safari tour is an unforgettable experience.. It is a privilege to be able to see the mountain gorillas in the wild 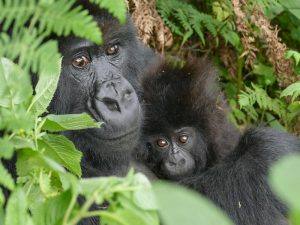 While it is true that gorillas are not the giant, ferocious monsters that they were once believed to be, it is also true that they

Rwanda Safari Tours, 22 Things To Do In Rwanda, Cost & Destinations

If you are planning a safari to Rwanda, then it is possible that you are going to go for gorilla trekking but there are many

Things To Do In Rwanda, Best Attractions and What To See & Cost

This Independent information portal and listing platform is here to aid you to explore, discover and learn about the African safari National Parks in Africa with a hope that you will indeed help to protect and conserve their beauty and resources. The Bwindi Impenetrable Forest National Park official website can be accessed on www.ugandawildlife.org